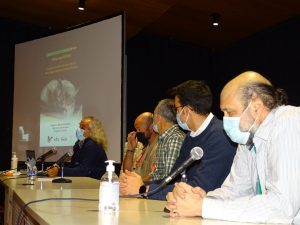 On 5th and 6th December 2021, the 8th SECEMU Bat Research and Conservation Conference was held in Alhama de Murcia, this year organized by the Meles Association and the Southeast Naturalists Association (ANSE). 84 people attended from Spain, Portugal, France, Argentina and Gibraltar. The opening ceremony was attended by Antonio Espinosa, Councillor for the Environment of the Alhama City Council; Juan Tomás Alcalde, President of SECEMU; Francisco Almansa, President of the Meles Association and Pedro García, General Director of ANSE. The opening of the conference was used premier the trailer of a documentary that ANSE is preparing on the Long-fingered bat (Myotis capaccinii), within the framework of the project “Evaluation of the conservation status of the Long-fingered bat (Myotis capaccinii) in the Iberian SE ”. The project has the support of the Biodiversity Foundation, the Ministry for the Ecological Transition and the Demographic Challenge and the AILIMPO Association. 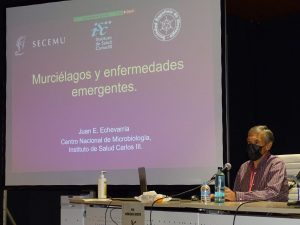 The opening presentation, entitled “Bats and emerging diseases”, was delivered by Juan Emilio Echevarría, virologist at the Carlos III Health Institute. He brought the relationship between bats and some diseases into perspective throughout his talk, with the most up-to-date and critical knowledge on the subject.

The conference began with a monographic morning session, under the title “Scientific-technical Conference on the Long-fingered bat in Spain“, bringing together talks and posters of various experts on this species in the Iberian Peninsula. They presented the most up-to-date information available at the time on its conservation status in each of the territories within the range of this endangered mammal (Catalonia, Aragon, Valencian Community, Murcia, Castilla La Mancha, Andalusia and the Balearic Islands). This monograph is also part of the actions of the project “Evaluation of the conservation status of the Long-fingered bat (Myotis capaccinii) in SE Iberia“. 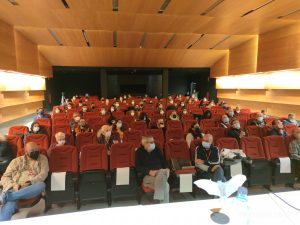 Throughout the rest of the conference a total of 21 talks and 28 poster presentations, on various aspects of the biology, ecology and conservation of bats were exposed and discussed. Presentations were based on the results of numerous recent studies on bioacoustics and ultrasound identification, diet analysis using molecular techniques, new data on the distribution of multiple species, interactions with wind farms, movements, habitat use and citizen science projects, among others. Two prizes were awarded; one for the best oral presentation and another for the best poster, voted on by the attendees. The winning oral presentation was “Winter activity of bats: the role of wetlands as a reservoir of water and insects in the context of Climate Change” by Maria Mas. The winning poster was “Bioacoustics reveals the effects of habitat fragmentation in bats in China” by David López-Bosch. Both were colleagues from the Natural Sciences Museum of Granollers in Catalonia. 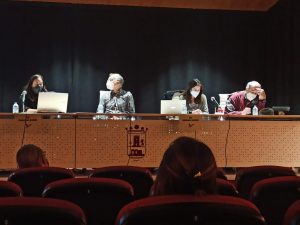 Monday 6th opened with round-table discussions on entitled “Bats and wind farms”, moderated by SECEMU’s commission on Bats and Wind Farms, Juan Tomás Alcalde, Félix González and Carlos Ibáñez. They discussed the problem that bat populations are currently facing due to the impact produced by this type of infrastructure, which enjoyed wide participation from attendees.

The conference closed with the celebration of the 33rd Annual General Assembly of SECEMU in which part of the Council was renewed and some important collective projects that the association will initiate during the year 2022 were announced. The location for the next SECEMU conference is yet to be decided. Unfortunately, given the public health situation in which the municipality of Alhama found itself during these days, it was not possible to take the customary group photograph of attendees, although there were others to remember.

You can download the SECEMU Conference Book of Abstracts, presentations and posters here.

Congrats to the organisers and we hope to see you soon at the next conference!