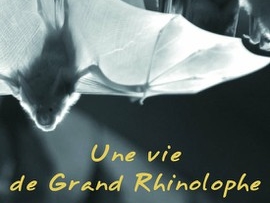 The life of a common species of bat, from its birth to its death. A unique movie! Exceptional and original scenes! A story based on real events.

Bats are not carriers of SARS-CoV-2, the covid-19 virus. There is a wide variety of coronaviruses in mammals, including humans, and also in birds. The coronavirus responsible for covid-19 in humans is not present in bats, and we hope that coronaviruses in humans will not be transmitted to bats. Like all organisms, and this is one of its characteristics, viruses evolve, adapt and can mutate. No barrier between species is completely tight. However, in their obsession with wanting to touch everything, humans forget that they themselves are vulnerable. Deforestation, the hunting of wild animals in increasingly remote places and their rapid commercialization over long distances, are fostering new contacts between species and new outbreaks of disease. Bats have evolved for at least the past 50 million years. These mammals are undoubtedly among the most fascinating in the world. The 1,300 species that inhabit the Earth play a fundamental role in the great ecological balances. The movie “The Life of the Great Horseshoe Bat” reveals the intimacy of these fabulous mammals.

Written and directed by: Tanguy STOECKLE Produced by: the Chiroptères de Provence Group